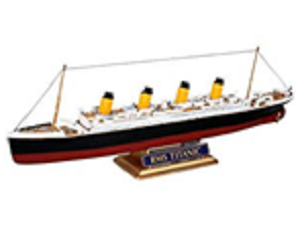 When you think a about it it’s quite easy to make a model ship. A bit of paper folder the right way and then you done. Hardly though the HMS Victory is it? It will float the though till got gets soggy and sinks. To do a proper job you need the corner of a Workshop Bench and one of the fancy kits you can get.

By the time you’ve done one you’ll be hooked. In fact, you’ll probably need to invest in some garage shelving like at https://www.garage-shelving.co.uk/ to keep you collection tidy. What’s the best boat to start with?

Titanic – It may have been sunk by an iceberg over 100 years ago, but the ship remains evocative and seems to have an emotional link with society. The film has had a big impression as it conveyed the human cost of the sinking in a way that was possible lost at the time.  Regardless this is still one of the most popular models that people make and it’s rated as being a pretty easy one to build. It comes with a delightful stand to present it. 256 pieces

Viking Long boat- This may seem to be going from one extreme to the other seeing as how Titanic was one of the largest ships ever built. These sturdy ships helped to strike fear into most of Europe and they were able to reach America unlike the ill-fated Titanic. 136 pieces.

The Bismark- Along with the Tirpitz the flag ship battle ship of the German Navy in World war two. This mammoth ship was able to best the British Royal Navy until it was finally damaged beyond repair by a concreted effort of smaller Ships and a Fairy Swordfish Bi-plane attack details of which are here . 295 pieces. 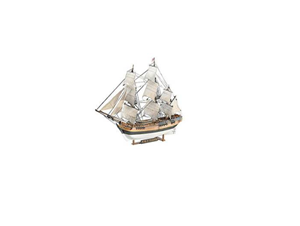 HMS Bounty – The infamous ship that had a mutiny on it. The terrible Captain Bligh (though that’s disputed) forced the hand of Fletcher Christian and his crew mates (some of them anyway) so they took over the ship and set Bligh and his men adrift and then went to live on the Pitcairn Island and marry the locals.  Bligh and his men broke the record for being adrift in the Pacific and survived. 171 pieces.

HMS Victory – Nelsons flagship at Trafalgar the ship that one an Empire for Britain and ended any hope the French had of dominance at sea. This is the jewel of the crown for any collection and should always take pride of place in your collection. 300 pieces and tricky to do rigging.

Your sure to find a deep satisfaction to this rewarding hobby. It also gives you the chance to learn about the subject that you are making. Happy modelling.