10 computer tricks that you should know 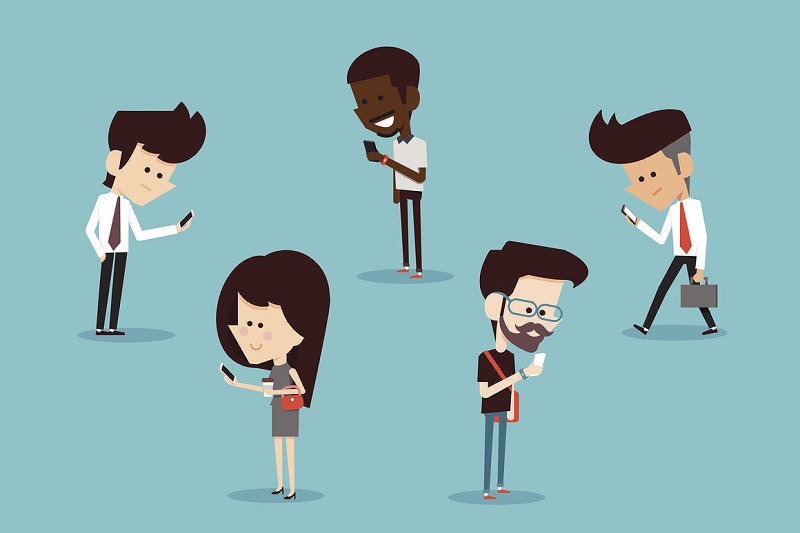 Social networks are currently the main protagonists of everything that happens in the world. There are positive and 6 negative effects of social media on people and their mental health. A topic is more relevant the more you comment on Twitter, each television program proposes to comment on it through a hashtag, the Instagram posts of famous personalities are news, and even governments make official statements through social networks. They also have their positive points: they allow us to communicate with people we can not see on a daily basis, we get back lost contacts, we meet new people with common interests, and they also encourage us to express our creativity.

However, there are many people who decide to dispense with social networks. People who, tired of getting angry with their family and friends. Decide to close their Facebook account or decide to do the same on Twitter because they only find insults. This is because our behavior with respect to social networks contains many negative points. The platforms are there, and they are not bad per se. But people turn them into quite negative spaces, and this affects our emotions and even our mental health in general. These are some of the most negative effects that social networks have on our lives.

The negative effects of social media

1. They are full of hostile messages that affect us 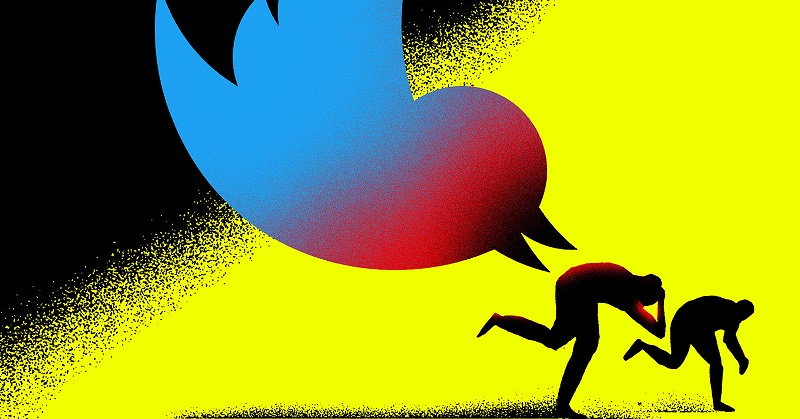 This idea is well known all over the world. It is normal that there are ideas that people annoy and irritate us, and we think that we have no other way to express it than social networks. As a large percentage of the population in your country has Twitter, we send our messages of irritation because it seems that, knowing that a social or political situation or the behavior of other people is annoying, we can change it. But this is not the case, and the consequence is that there are other people who think differently from us. And because of that same frustration, they start discussing it, entering into a mutual attack loop. It has a lot of negative effects of social media on our life.

In networks such as Twitter, we rely on anonymity to issue messages. And behaviors that face facing we would not dare. We would have to think, why in that case we would not do it? Would we fear offending or hurting the other person? Are we simply embarrassed to break through the barrier of talking to a stranger? Would we be afraid of being treated badly or being assaulted? What would you feel if they told you the same thing? We would realize that people do not go insulting us in the street for a reason and that in social networks it is not “logical” to do so either.

The effect of this hostile environment is that it generates a bad mood, irritability, and could cause us to transmit these feelings to the people around us.

2. We compare ourselves with others and we get frustrated

Our dream vacation, a dinner in a good restaurant, a party in a nightclub where we are having a good time, our dear family, the new clothes that we have bought, the change of look we have made … It is clear that we like to show the most “sellable” side of our life, which makes us proud, but always in the face of what others will think. This makes our friends or followers tend to think that other people have better lives than theirs. Always keep in mind: and what do I consider to have a better life? But we can not forget that we live in a consumer society, where we are what we buy, see, read, dress and eat. So it is easy to fall into the idea that if we do not have as much as the other person. Or do not live as many experiences, We are really failing in some way.

The body-positive philosophy is very widespread, and it is thanks to social networks that the message goes farther and faster. But it is not the only message that is transmitted, because at the same time famous people whose aesthetics are very important in their career, have more opportunities to promote their image. The ideal body, the ideal weight, the ideal hair, the ideal skin, the ideal clothes, the ideal face … This has not disappeared, but it has found a bigger scenario to send us those messages that our body. Whatever it may be, will never come close to perfection. It is a showcase of guilt, because in addition to not being a “pretty” person or “with a thin body” or “a muscular body”. We are not doing “enough” (eating certain foods, going to the gym, not buying certain products) to fix it.

What this phenomenon leads to is having a greater risk of developing eating disorders, self-harm behaviors, anxiety, and depression.

4. We are distracted from the real world

We can be tired and tired of hearing that “leave the phone at once”, “you’re not listening to me”, or “at the table do not take out the phone”. But it is true that social networks and chat platforms are not made for immediacy. By talking to a friend, being photographed to what we are eating, answering a tweet, or recording stories, we are losing the importance of face-to-face contact. It is one of the main negative effects of social media on our life.

In addition to this, we tend to blur the relevance of different social relationships, perhaps putting more emphasis on people who are not so close, and subtracting attention from those who need us. It is not strange that it provokes discussions between us.

By participating actively in social networks we do not have to develop an Obsessive-Compulsive Disorder. However, we do tend to normalize similar behaviors. And if we do not learn to control them we have a greater risk that they will begin to dominate us. With social networks, we can fall into the need for immediacy: to respond now, to share this already, to respond to me now, etc. Have you ever seen notifications and have not resisted seeing what it was? 10 notifications on Twitter? Which maybe? Who has given me my latest photo on Instagram? Does anyone speak to me through Messenger? I’m going to look at all of them and that’s how the mobile phone is clean of warnings.

This would be linked to the previous point, it makes us remove attention from the current moment. At work, being with a family member, having a coffee with a friend, etc. It is useful to learn to postpone the verification of notifications, train us in self-control and teach us to master the situation.

6. They are used as means of harassment: Cyberbullying

This is one of the most directly damaging effects of social networks. Just as they are a new and more widespread scenario of fostering a particular body or aesthetic model. They are also a new source of harm for harassing people. The most serious point is in adolescence and cyberbullying. And that is that classmates or neighborhood can use this way to insult, threaten or humiliate the victims of bullying. In addition, their messages can be spread throughout the educational center. And even beyond, and between children and adolescents generates serious damage to self-esteem and self-concept. Increasing the fear of children to be humiliated or attacked, it generates anxiety, isolation, depression, suicidal ideations. As well as difficulties to establish social relations now and in the future.

Adults are also harassed in networks. The messages of hostility that we saw in point 1 sometimes turn into mass attacks on a single person, usually public. We forget that being a Twitter or Instagram account, and as it is a known person. The effects of harassment are exactly the same as if they did it to us. We should not forget that public figures “do not belong to us” in any way. We have no right to tell them anything personal, and they have not “sought it out” because of their social position. The effects also go through social isolation, as well as anxiety, depression or ideation of suicide. 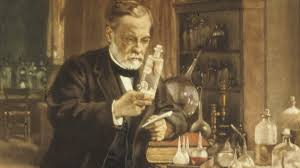 Who Was Louis Pasteur? 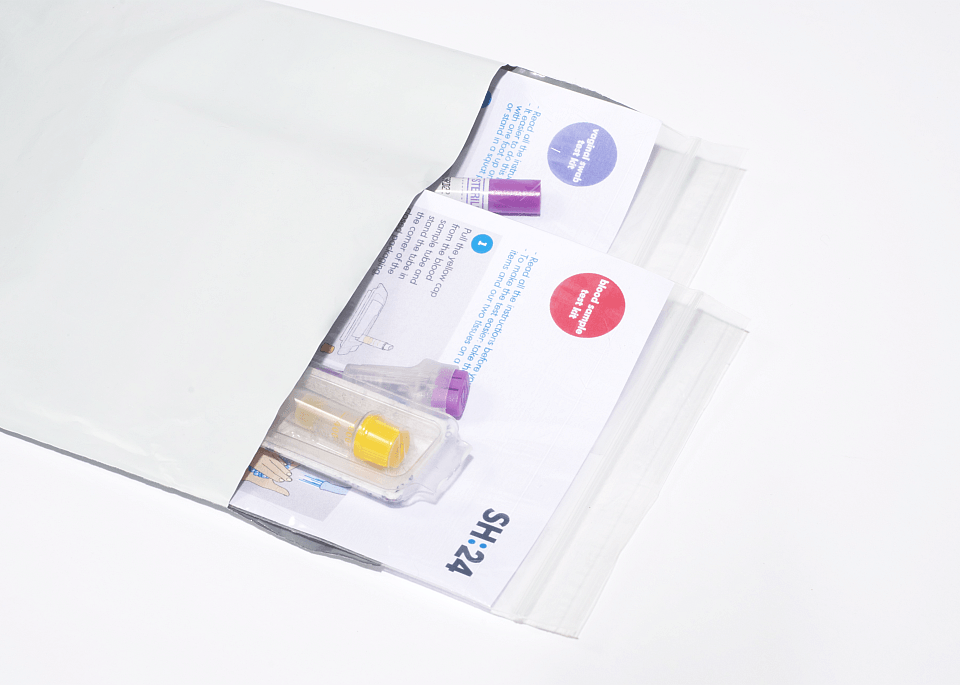 The Benefits of Taking a STI Test at Home 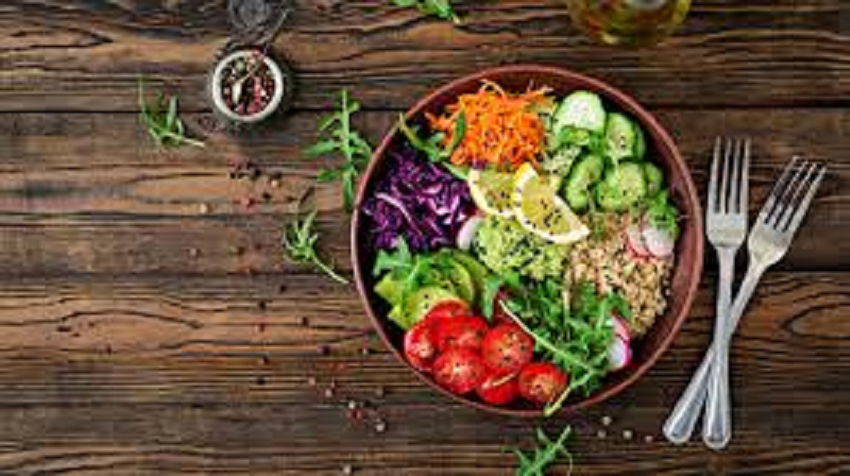 How a Vegan Diet can Benefit You