5 basic and essential key to the success of an infographic

PayPal, the company that has revolutionized the way in which tens of thousands of people around the world think and use the money in payments, announced major changes in its brand identity with a global campaign messages and redesigning your logo. PayPal’s new image seeks to convey the simplicity, convenience and security of PayPal in a manner consistent with current world characterized by dynamism and where the use of mobile devices has a growing role.

As explained David Marcus, president of PayPal, “our new brand identity goes far beyond the mere upgrade of a logo. This change coincides with the launch of our first global branding campaign since 2007 and responds to the major challenge that we have Dial face to global customers, developers and partners: redefine the future of how the money is managed, putting people first Al After all, the world works, above all thanks to the people, not money.”.

The new brand identity PayPal, designed by the renowned creative agency Fuseproject, enjoy the wide recognition of the current logo, but with some changes, generated illusion by combining simplified forms, colors and refurbished including a shortened version that uses two “P” capitalized. The new brand identity better reflects the growing importance of mobile devices, emphasizing companies using both PayPal online payment operations as those performed in physical stores, and positioning the company as a leader in innovation. The design of the new identity PayPal seeks to convey the effect of transforming a world in which payments extend beyond the PC and mobile, to spread to almost any electronic device.

New devices, from smart watches to connected glasses allow in the near future to transfer money to the user with a simple tap on your wristwatch or, literally, with the wink of an eye. The redesign of the brand PayPal provides a uniform and consistent image with this new stage and seeks to leverage the trust that PayPal has already resulted in consumers worldwide due to its convenience, simplicity and flexibility of use which, before long, be extended also any device, from smart televisions 72 inches phones.

“PayPal is a highly recognized and prestigious brand that has become a symbol for consumers with more value than it is capable of transmitting a logo,” says Yves Behar, founder and CEO of Fuseproject. “PayPal is an innovative and dynamic brand, and people interact with it in the same way it does with a consumer brand. The new logo reflects the identity of PayPal as a pioneer in innovation and positioned to continue to lead the industry as a means of convenient, easy payment, adapted to any device and does not require great technical knowledge.” 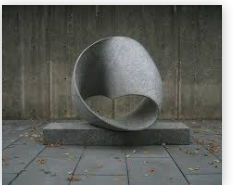 Can concrete be used as Art? 5 tips to decorate your house for the first time