Remembering the Isle of Lewis

Long bow Power. The Medieval artillery of the time

One of the most beautiful places on earth is the Isle of Lewis in the Outer Hebrides of Scotland. Connected to the equally beautiful Isle of Harris this is one of truly one of the last wild and unspoilt places in the Country. It is her eth you will find example of Iron age and Celtic people perfectly preserved but also of a hardy rugged people presently living there now to. They are deeply religious, playgrounds are locked on the Sabbath, and work is frowned upon on that day. You won’t find many shops open and the ferry doesn’t run either. It is not a backwards place, but community feelings run deep. This is the land where the Gaels did not leave and the Gaelic language survives and thrives. There are sheep as far as the eye can see sometimes, almost to the point when I thought that a few Shepherd Huts would not go a miss at all. This is the Lewis and Harris, the Isle of Rust.

The island is buffeted by the North Atlantic sea on the west side and the North on the East. It is a place of storms and four seasons in one day. When I awoke the First Sunday I was staying in a Black house on the Gearannan Black house the day was wet and grey. The beach we were near looked cold and uninviting. We were due at a Free Church to see what they were like. As we left the sun began to break through and as we reached the Church at Coll and Back the day was bright and windy. The locals greeted us with nothing, but friendship and warmth and we responded. It was strange I was in my own country, yet I was faced with people so far removed from my life it made no sense as I was to them.  Here they were with their Scottish accent, effected in part by a Norwegian tang, the Islands were long under the control and influence of the Vikings and there was I a Cotswold lad from over 600 miles away. I was trying to understand the way of life and the culture but it was so far removed from my own that I felt a bit lost.

As we went back we viewed the art work of the land raiders and the small farmers who had stood up to the Lairds that run the place with dispassion and disinterest even forcing the people to new lands away from there home. Donald Trumps ancestors came from here, how removed he is from them. It does not take long to forget the roots but that is not something could ever do, forget the Isle of lewis 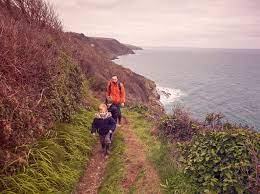 A Camping Shop is a treasure trove of wonders

What Are Military Grade Products?

How to Settle into University Life