What’s so great about Sheep?

How to get paint out of hair 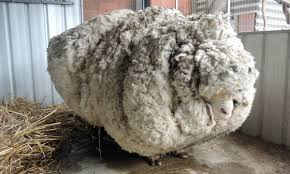 As you drive through the UK’s countryside there are many things that will strike you. The green rural and arboreal splendour of Britain is punctuated with livestock. Cows and sheep are grazing everywhere you look. You might even see the odd free-range pig farm. However for the most part, certainly in the Cotswolds, the Yorkshire dales, all of Wales and Ireland, and the Highlands and Islands of Scotland you will see sheep. What’s so great about sheep?

As far as we can tell all sheep come from mouflon. This is a wild horned sheep from Turkey, Iran, and Azerbaijan. It seems that after a bit of crossbreeding the common sheep that we have today we’re pretty easy to domesticate and put to use. The earliest evidence shows that the French were the first in Neolithic times to make the most of them and it is true that the Ancient Greeks heavily relied on them (hence the tale of the golden fleece from Jason and the Argonauts) as did the Roman Empire.

In all cases, the Sheep were useful for meat, milk, and for the skins. The other use we have for them is their fleece. Wool is still used today. One of the best examples being Men’s Aran Sweaters that were woven to keep out the sea spray and the cold for Irish fishermen. To see some great examples go to Shamrock Gift.

So, it’s fair to say that without the humble sheep human development would have taken a lot longer if it were not for these useful animals and what they provide for us.