Ice Cream comes in all shapes and sizes and all flavours too. The Ice-cream market is big business in the United Kingdom with an estimated £1 billion being generated for the UK economy from sales. There has been an increase in the number of independent ice cream makers and also an increase in ice cream parlours throughout the country.

More so than ever there is an extensive array of options. But what are the 10 most popular flavours around in the UK?

Vanilla ice cream is viewed as the most traditional flavour and it is the basis for which most other ice cream flavours are made. This flavour of ice cream can be made using natural flavourings (in these ice creams the vanilla pods can be seen) or using artificial flavouring.

This flavour of ice cream is generally made by adding cocoa to a vanilla ice cream mix. Chocolate liqueur is sometimes added to intensive the chocolate flavour.

These top three flavours are used in the much-loved Neapolitan Ice cream. 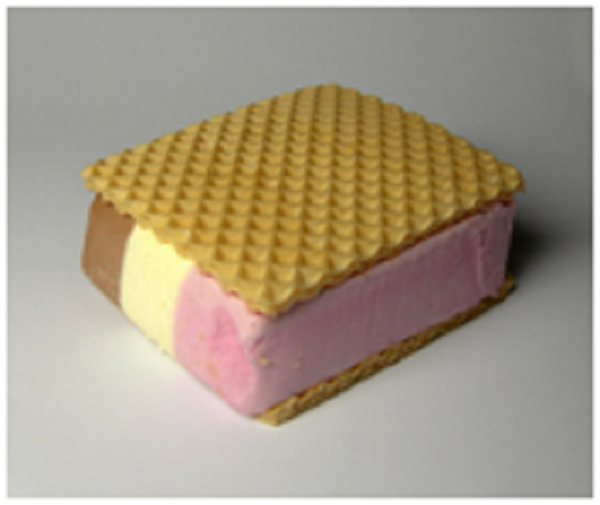 This ice cream can be made with a variety of ingredients but usually all of the them contain green food colouring. The flavouring comes from either peppermint or spearmint flavouring or in some cases from liqueur crème de menthe with chocolate chips added to the mixture.

This flavour is older than it may seem with it having been developed in 1929. It traditionally is made with chocolate ice cream with nuts and marshmallows. Variations on this have seen biscuit pieces replacing the nuts.

Cookies & Cream is based on the idea of eating cookies whilst drinking milk or a milkshake. The ice cream is normally vanilla with pieces of chocolate cookie dropped into the mixture.

Butterscotch was often used as an ice cream sauce topping and has been incorporated into the actual flavouring of the ice cream itself.

To make coconut ice cream the flesh of the coconut is mixed in with the ice cream blend. This tropical flavour is becoming more popular.

This traditional ice cream flavour is made by injecting raspberry syrup with raspberry food flavouring into vanilla ice-cream. If you want to make your own take a look at http://www.foodieflavours.com/shop/flavours/natural-flavouring/raspberry/ The term ‘Raspberry Ripple’ was used to describe any raspberry flavoured products in the 1920s.

Which one is your favourite?

How to play Star Trek Armada 3?

Moving to Gloucestershire is such good sense